Experience the grandeur of India on a private tour to the magical Taj Mahal, the massive Agra Fort, the winding backstreets of Agra and the fortified ghost city of Fatehpur Sikri. Accompanied by your own private guide from Agra, you'll enjoy personalized attention as you travel by private air-conditioned vehicle. 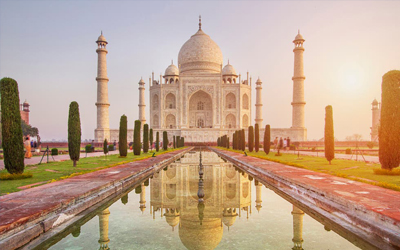 To begin your private tour to the Taj Mahal and Fatehpur Sikri, you will be collected from your hotel at 6am to travel to Agra by road, 124 miles (204 kilometers) from Delhi and home to the sublimely beautiful Taj Mahal.

The World Heritage-listed Taj Mahal was built by Mughal Emperor Shah Jahan in the 17th century, during a golden era of art and architecture in India. The world's most extravagant monument built for love was constructed as a tomb for Shah Jahan's beloved wife, Mumtaz Mahal, who died giving birth to their 14th child. Construction of the Taj Mahal began in 1631 and was not completed until 1653. You will be amazed by the intricate carvings and designs that have withstood the test of time, and be intrigued as you hear the stories of love and tragedy.

After lunch at a restaurant of your choice (included), you will visit Agra Fort, the Halls of Public and Private Audience and the Tomb of Itmad-ud Daullah.

On your return trip to Delhi, visit Fatehpur Sikri, 24 miles (40 kilometers) from Agra. This magnificent ghost city was built by Emperor Akbar in 1569 and became the capital of Mughal India for 15 years before it was abandoned due to scarcity of water.Your guide will show you all the points of interest including Jama Masjid, the 54-meter-high Victory Gate (Buland Darwaza), the white marble tomb of Shaikh Salim Chishti as well as many palaces and pavilions that blend elements of Hindu, Islamic and Persian architecture. 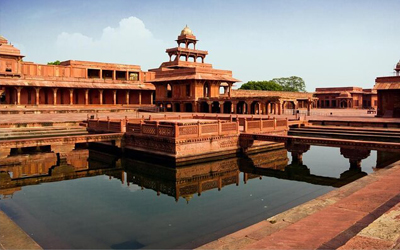 Return to your hotel in Delhi by road.

IMPORTANT NOTE : The length of the trip can vary depending on the unpredictable traffic, so please be prepared for a long day.

Hotel pickups commence prior to this time, you must contact us to verify your exact pick up time.

Times are subject to change due to local traffic conditions.

Returns to original departure point at approximately 21.00 hrs depending on traffic


Note : Tajmahal is closed on Fridays For Prayer and maintenance.

Drivers Detail Along with Cell Number and Vehicle number:

Complete information, including local telephone numbers of Chauffeur his name and vehicle number will be provided on your Confirmation mail. we select only the most experienced and reliable chauffeur's in each destination, removing the guesswork for you, and ensuring your peace of mind.